"Big Red" was a member of the Jaws Theta Chi fraternity when he attended Monsters University, and was one of the six teams that competed in the Scare Games. After being caught using a gel that propelled urchins after the first event, O'Growlahan's team was disqualified, and as such, Oozma Kappa was allowed to move on.

Roy is a big red monster, with a massive body and a large mouth, but short limbs and small blue antenna eyes. 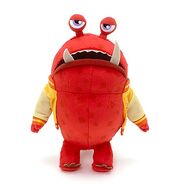 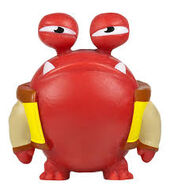 Add a photo to this gallery
Retrieved from "https://monstersinc.fandom.com/wiki/Roy_%22Big_Red%22_O%27Growlahan?oldid=19702"
Community content is available under CC-BY-SA unless otherwise noted.